The legacy of Ulysses S. Grant is not complicated 200 years after his birth.

Grant pushed the slave-holding South to surrender as President Abraham Lincoln’s top Union general, but he owned at least one slave before the war.

A Native American was among Grant’s best friends, and Grant was sympathetic to native peoples, but he let white settlers invade their lands as president.

A relentless attacker on the battlefield, Grant failed to prevent corruption in his own administration.

Once widely seen as a battlefield butcher and drunkard, Grant’s life has undergone a reassessment in recent years. Grant is now considered by some to be America’s first civil rights president, a troubled leader who did his best to protect freed slaves during post-Civil War Reconstruction.

“In the current memory wars, and they are raging, it seems particularly relevant that we revisit, revise and recast Ulysses S. Grant as the general who saved the Union and as the steadfast and essential president who has at the championed civil rights and made sure the United States stayed together,” said historian Joan Waugh, who wrote “US Grant: American Hero, American Myth.”

But Grant also attempted to expel Jews from a Southern military district he oversaw in an ill-fated attempt to quell the illegal cotton trade. And he favored a policy of “assimilation” of Native Americans into white culture rather than letting them maintain their own traditions – a practice that some now see as cultural genocide.

Similar to Lincoln, who did not consider blacks fully equal to whites but issued the Emancipation Proclamation, it is difficult to judge Grant based on today’s standards, said Edna Greene Medford, professor of history at historic Black Howard University.

“These are 19th century men, and they were more progressive than average men during that time, but they still struggle with very fundamental issues,” Medford said.

Medford and Waugh’s comments came at a symposium held last month to kick off a series of events marking the 200th anniversary of Grant’s birth on April 27, 1822. It was held at Grant’s Presidential Library – located , oddly enough, in Mississippi, the scene of Grant’s epic and heartbreaking victory at Vicksburg.

Other bicentennial events include a living history weekend at Grant’s historic site in St. Louis, where he lived before the war; a birthday party for Grant in Clermont County, Ohio, where he was born; and a ceremony at Grant’s grave on the Hudson River in New York.

After serving in the Mexican War and repeatedly failing in business, Grant joined the United States Army and rose to become its commander-in-chief, a general whom Lincoln liked for his aggressiveness. Grant was elected to the first of two terms as president as a Republican in 1868, three years after Lincoln’s assassination and the end of the war. He died in New York in 1885.

A reassessment of Grant that began more than 20 years ago has gained momentum as the nation grapples with statues and monuments erected after the Civil War by Confederate descendants who attempted to portray leaders of the South as nobles and the cause of war as something other than slavery.

While Grant was widely revered at the time of this death and is depicted on the $50 bill, proponents of the “Lost Cause” version of the story have reinforced the idea that Grant sent troops to slaughter indiscriminately in a war that claimed 620,000 lives, and was a heavy-drinking moron. Grant’s position grew as Confederate statues fell, said historian Anne E. Marshall.

“I don’t think the fall of these monuments is causing people to reevaluate Grant. But it’s part of the same process,” said Marshall, executive director of the Ulysses S. Grant Association and the Grant Presidential Library of Mississippi. State University.

As the nation’s values ​​have changed, other aspects of Grant’s life have gained more attention, Marshall said. This includes his work to secure the civil and voting rights of freed slaves and his fight against the Ku Klux Klan, which murderously imposed white control in the post-Civil War South.

The same goes for Grant’s battle with what was probably alcoholism, considered a moral failure at the time but now recognized as an illness. Ron Chernow’s best-selling 2017 biography, “Grant,” detailed how Grant largely overcame an alcohol addiction that threatened to derail his early military career.

“I think now, on many different levels, people are ready to rethink these things,” Marshall said.

Yet Grant doesn’t get a pass on other troubling parts of his case, including his own ties to slavery.

Grant’s father was an abolitionist, and the general came to understand the need to eliminate people’s property through war. Yet he was also the last slave-owning president. Grant acquired a man named William Jones from his stepfather and freed Jones two years before the war. He is given some credit for granting Jones freedom rather than selling him, especially since Grant was nearly broke at the time.

Even so, some say Grant doesn’t deserve a second chance, given how he benefited from slavery, his treatment of Native Americans, or his order that tried to ban Jews from part of the South. Some suggested removing Grant’s tomb from the Hudson River side of Manhattan due to the wartime order, later rescinded by Lincoln. Protesters in San Francisco tore down a Grant monument in 2020.

Similar to Lincoln, Grant also worried about whether black men who were uneducated during their servitude should be allowed to vote – women were not allowed to vote at the time – and it is difficult to judge his opinions in today’s cultural climate, said Medford, who spoke at the symposium.

But Grant gets credit for the Civil Rights Act of 1875, she said, and he favored the 15th Amendment, which banned the use of race and past slavery as a disqualification from voting.

Despite a policy of “civilizing” Native Americans and ongoing Indian Wars at the time, Grant also appointed a Native American aide, Ely Parker, to head the Bureau of Indian Affairs. He opposed outright extermination of the tribes, even though he let white settlers settle on Native American lands despite treaties, then deployed the military to protect the intruders.

Medford said when it comes to Grant, there’s a “disconnect” between the years 1800 and 2022 that’s hard to bridge.

“But I think we always have to remember the times,” she said.

The grave of President Ulysses S. Grant rests in the center of the rotunda at the General Grant National Memorial, Friday, April 22, 2022, in the Manhattan borough of New York. This month marks the 200th anniversary of the birth of the Civil War hero and two-term president. (AP Photo/John Minchillo) 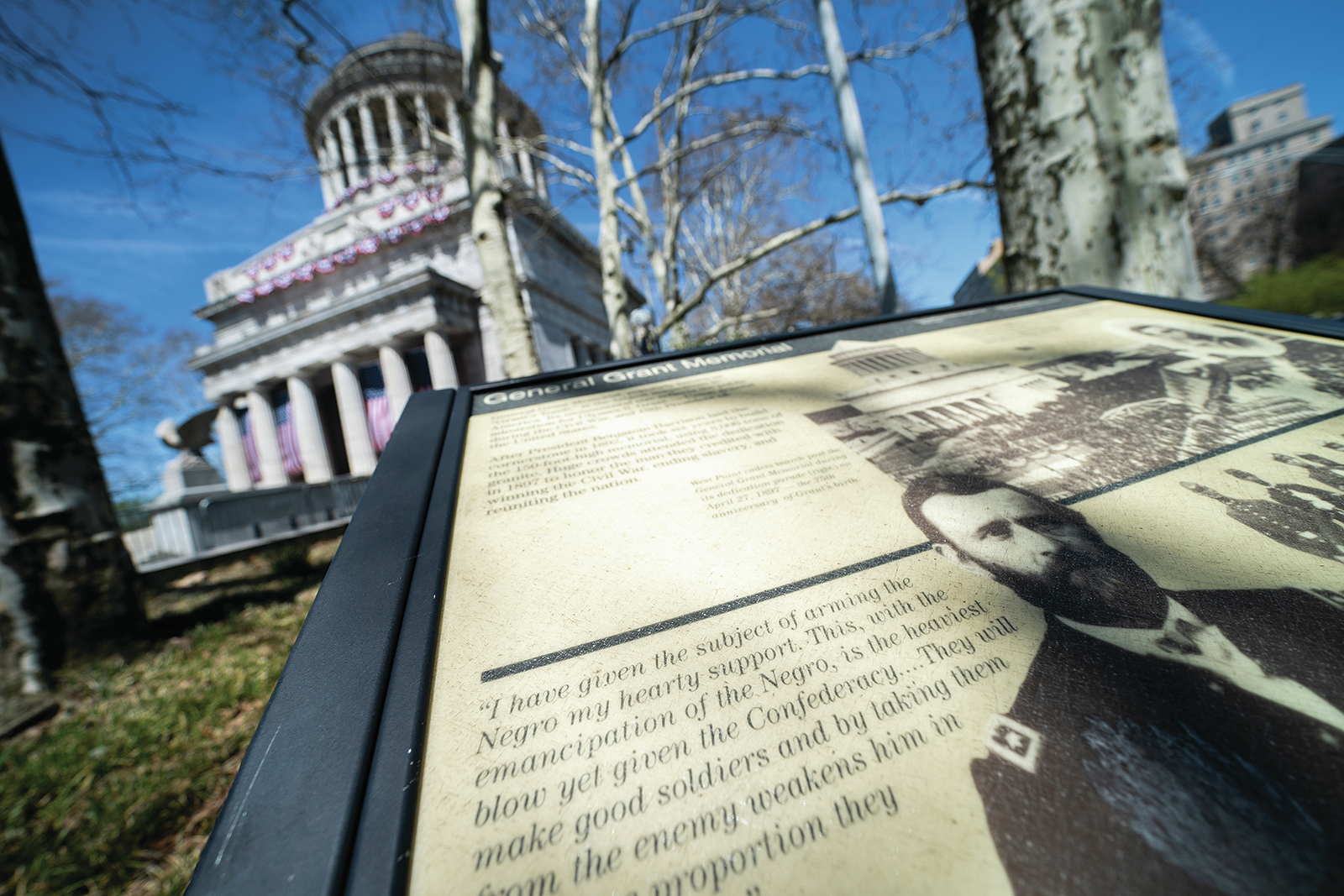 An information plaque is displayed outside the perimeter of the General Grant National Memorial, Friday, April 22, 2022, in the Manhattan borough of New York. This month marks the 200th anniversary of the birth of Civil War hero and two-term President Ulysses S. Grant. (AP Photo/John Minchillo) 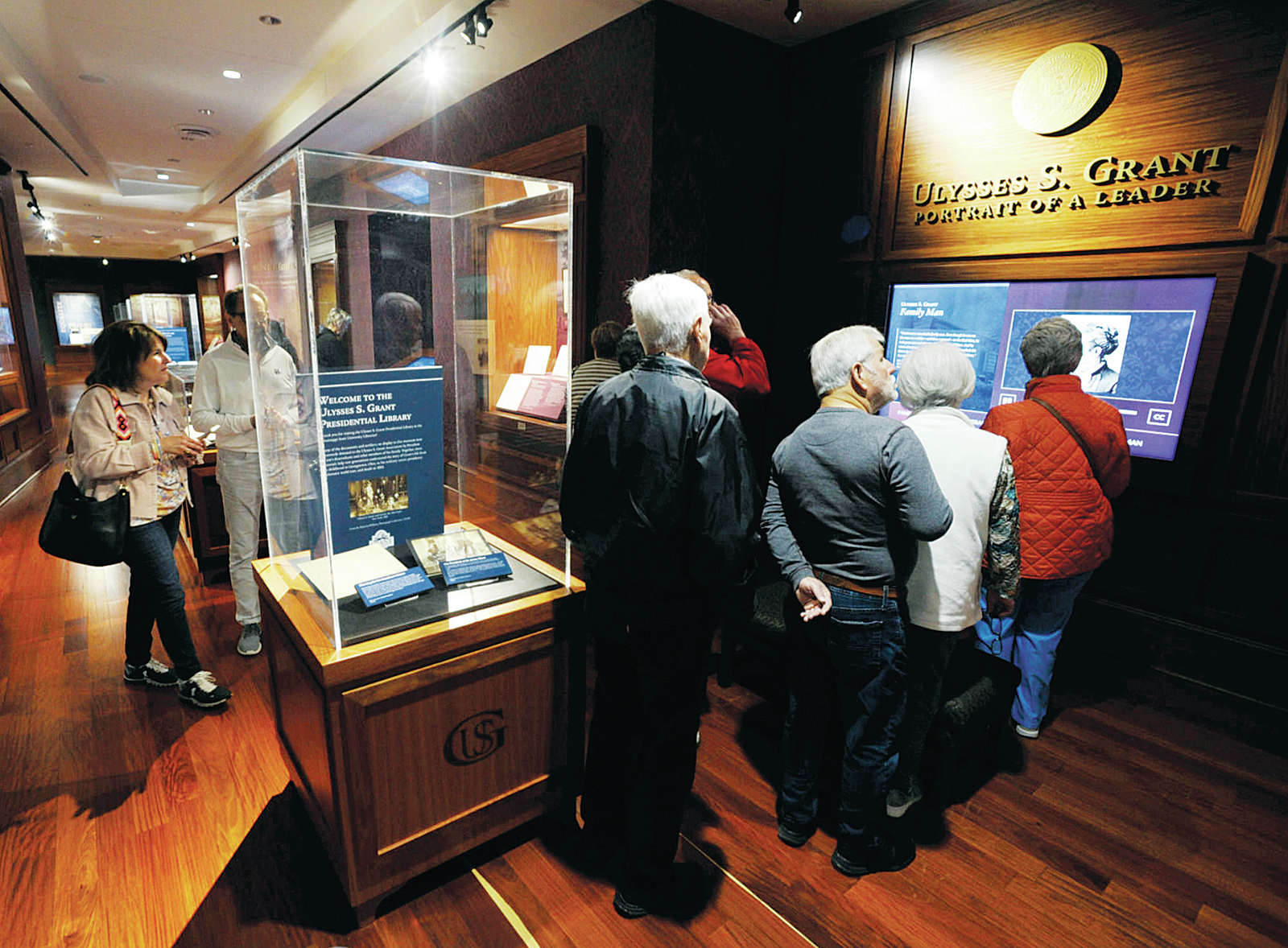 Visitors view exhibits at the Ulysses S. Grant Presidential Library in Starkville, Mississippi, Tuesday, April 19, 2022. This month marks the 200th anniversary of the birth of the Civil War general and two-term president, and his inheritance is not it gets less complicated. (AP Photo/Jay Reeves) 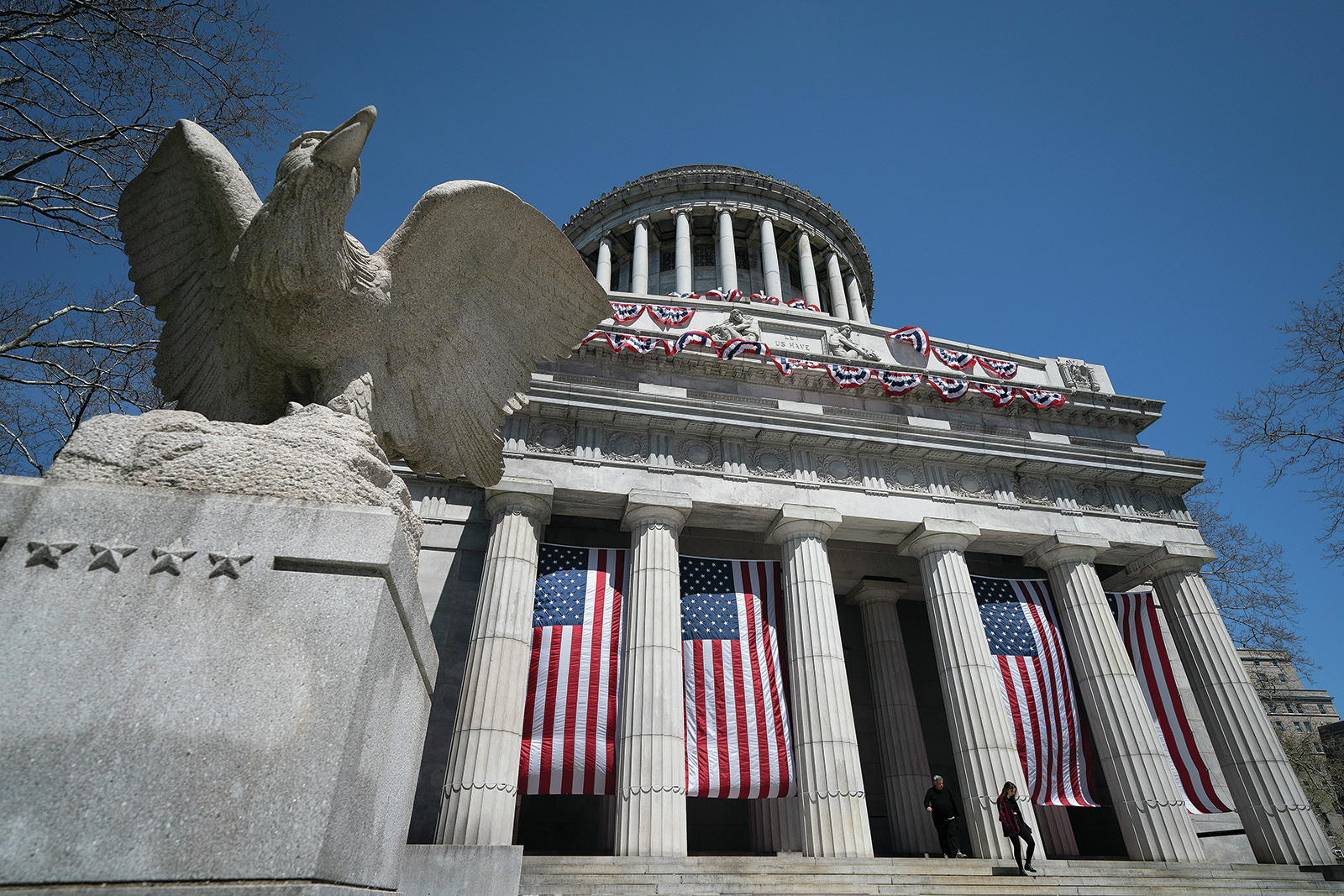 US president asks for $33 billion for Ukraine, sign of long-term commitment